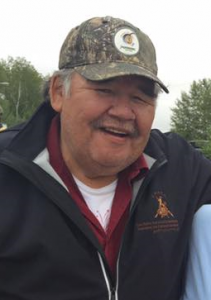 At the recent Annual General Meeting (AGM), which was held on March 6, 2018, the members of the MoCreebec Eeyoud ratified the selection, by Council, of George Small Jr., as Deputy Chief. Prior to the AGM Mr. Small’s position was an interim position. The MoCreebec Eeyoud Constitutional Framework specifies that if a Chief or Deputy Chief leave their position (for whatever reason) prior to the end of their term, then Council must elect/select an interim Chief or Deputy Chief and that at the next AGM the membership has the option of ratifying the interim position or requesting an election take place to fill the position for a new three-year term. As per the Constitutional Framework, the majority of adult members present at the AGM chose to ratify the interim position. As a result, George Small Jr. will assume the full role and responsibilities of the Deputy Chief until March 31, 2019. Please not that an election process for Chief and Deputy Chief will be head during the 2018-19 fiscal year.